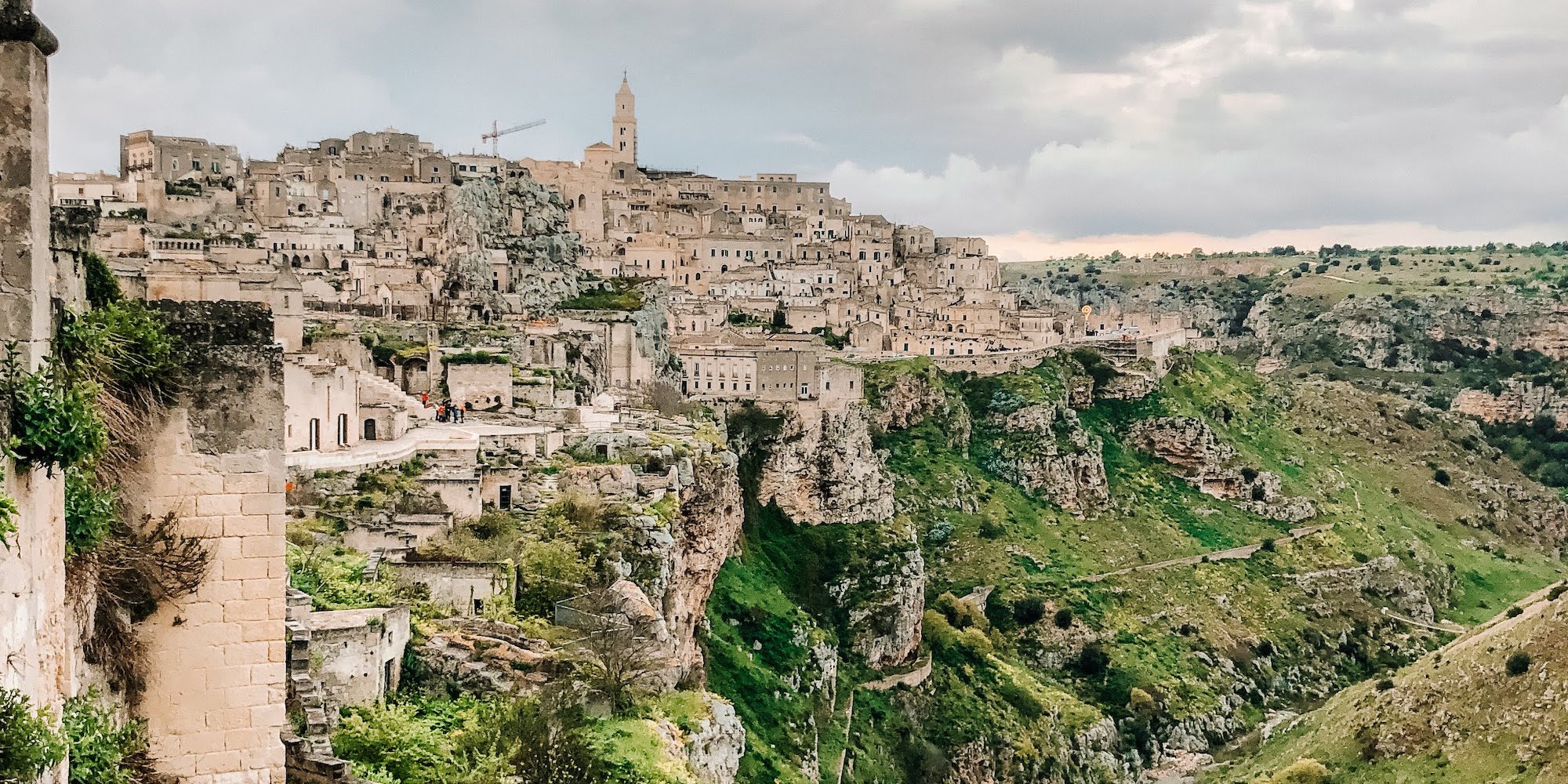 FEATURE – Using lean marketing principles, an entrepreneur in southern Italy was able to pivot from a potentially bad investment and create a unique customer experience instead.

Giuseppe Ciarfaglia runs two B&Bs in the southern Italian city of Matera. The establishments are located in the historic heart of the city – known as the Sassi – famous for its cliffside cave dwellings and for being one of the longest inhabited places in the world. One day, Giuseppe decided to buy a cantina, a cave dwelling typical of the Matera, to convert it into a restaurant – one of many dotting the old town.

In the world of tourism, Lean Thinking is typically seen as a way to increase efficiency and become more competitive. Yet, there is another important aspect to a lean transformation in this context: improving the customer experience and journey with dedication and effort, focusing on the reduction of waste as a tool to free up resources that can be reinvested in value-creating activities. Using lean marketing principles, Giuseppe was able to turn a cave into a successful business venture.

As he began his inspections to determine the work required to turn the cave into a restaurant and avoid any potential obstacles or problems, Giuseppe engaged in deep observation with the goal of finding a unique value proposition that would go beyond just tasty food. He started to pay more attention to the details, identifying those elements that are unique to the space and that he could enhance in the process of decorating.

During his observation, three elements stood out to Giuseppe and intrigued him: a wall with a number of holes organized in a line, the fact that the floor featured three types of tiles, and a seepage of water on one of the walls. In a more superficial inspection, a plan would have swiftly been created to renovate the cantina and fix these “problems” without a second thought.

Giuseppe, however, was determined to dig deeper and began the lean exercise of asking why time and time again to understand the reason behind the holes in the wall and the distance between them. He spoke to two Matera historians to identify the root cause of the holes and, considering the antiquity of the place, to understand when exactly they were made. The experts told Giuseppe the holes were part of the ancient excavating method that has shaped Matera’s landscape, architecture and underground civilization over the centuries.

The analysis also revealed that the three categories of tiles reflected the evolution of the way of life of human beings living in the area over time. On closer inspection, Giuseppe even realized that the water infiltration was in fact a stalactite that had developed against the wall of the cave. 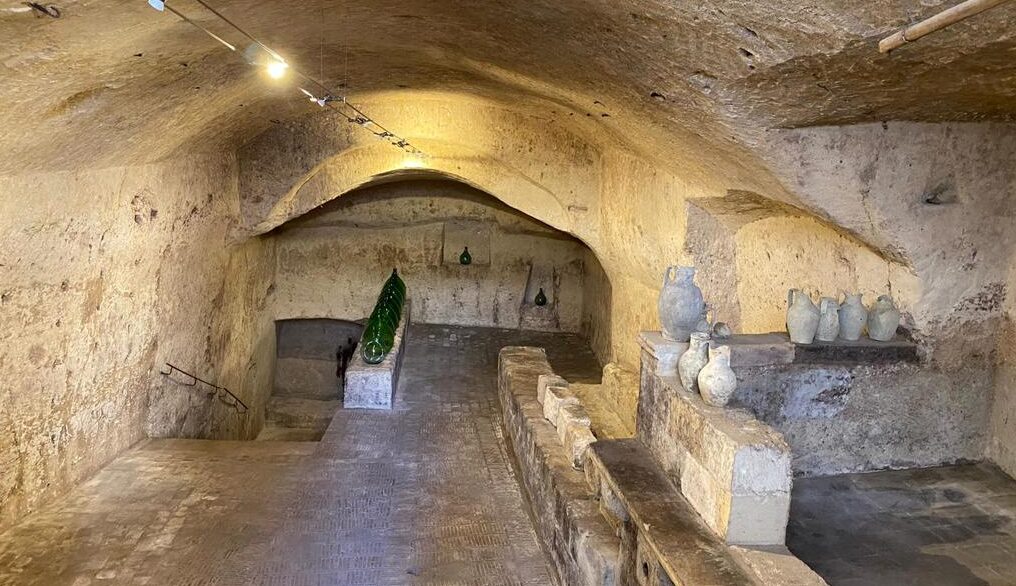 PIVOTING TO A NEW KIND OF VALUE

The analysis of the gemba throughout the space identified 11 points of interest, elements of the cantina that had a story to tell – the cave itself (number 1 in the floor plan below), the floors (2), fossils (3), the origin of the tuff (4), the press (5), the millstones (6), the stalactites (7), the steps carved out of the rock (8), the cellar (9), the cistern (10), and the granary (11). The idea of opening a restaurant there started to feel somewhat hard to realize and Giuseppe began to ask himself new questions. What else could the space be? How should the renovation project reflect the nature of the new business? How do I distinguish a “nice idea” from a feasible project that generates value for all those involved? How can I redesign the space to maximize business results and the customer experience?

Following some more market research and an analysis of fixed costs, variable costs, competitors and opportunities, Giuseppe eventually abandoned his idea of the cave restaurant. Such a business venture would have thrown him into an arena of more than 200 competitors. Instead, he decided to pivot and open Matera’s first ever Excavation Museum – MUdeSCA, Museo della Scavo in Italian. (Number 12 in the floor plan is the gift shop.)This allowed Giuseppe to stay true to his original desire to provide the customer with a unique experience. 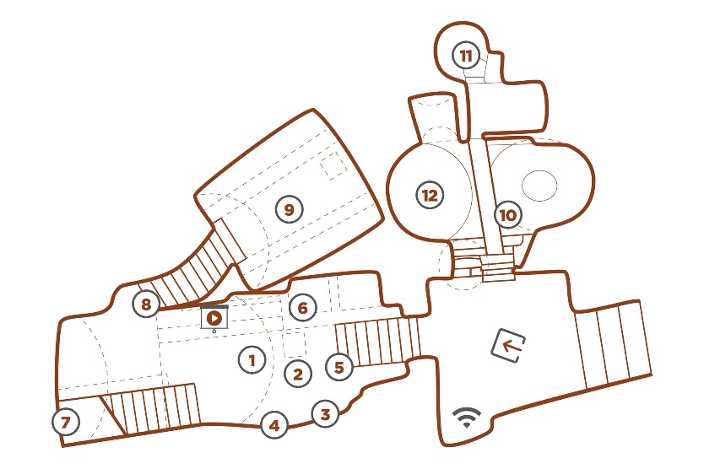 This new business model transformed Giuseppe’s investment plan, making it more sustainable and reducing costs by 55%. The work now entailed some conservation to recover the functionality of the space, together with an innovative lighting system aimed at ensuring the points of interested would stand out. Money was also invested in the development of audioguides and in digital marketing activities for the promotion of the new museum. The MUdeSCA was ready for opening in just 60 days, much faster than it would have taken to line up all of the permits necessary to open a restaurant.

While organizing the space, great emphasis was placed on the customer experience, as well as on the visitor’s journey within the cave – be it an individual or a group. The itinerary was planned with lean in mind, to avoid lines at the entrance and to generate a continuous flow of visitors. This system proved particularly successful after the Covid-19 pandemic began, because it allows for social distancing and ensures all safety measures are followed. The optimization of the space allows the museum to continue to generate value for both visitors and staff, even in a difficult time. 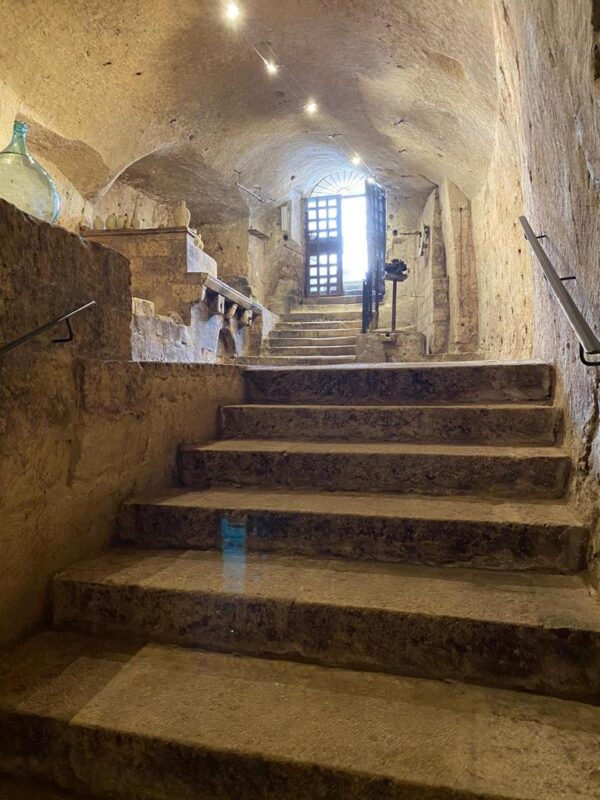 The multilingual audioguide system is accessible through the in-house WiFi network. Visitors can access the information using their smartphone and earphones (they are also available on request), without having to install an App. This system makes for a completely safe and autonomous visit (lasting between 20 and 25 minutes), for smaller costs for the museum (no need to buy expensive gear for the audioguides), and for a simpler way to provide information and entertainment.

The innovations of the itinerary of the visit and of the audioguide system mean that MUdeSCA can welcome up to 50/60 people at a time rather than then 20/30 that a traditional approach would have allowed for. The majority of tickets are purchased online, which has a number of benefits: first of all, people no longer have to line up to buy tickets; not having to sell tickets means that only one person is needed to man the museum (two at busy times); the online booking system also enables the museum to level the number of visitors it receives at any one time, avoiding overcrowding and distributing the visits throughout the day so that people come in a steady, continuous flow. Call it tourism heijunka, if you like!

With fixed costs representing a mere 12% of the entire costs, Giuseppe’s venture appears to be very sustainable, even in the event of any forced closures that might occur as a result of the pandemic. Should you ever visit Matera, make sure you stop by this museum – not only will you learn more about one of the most unique destinations in the world, but you’ll also see a great lean operation in action. 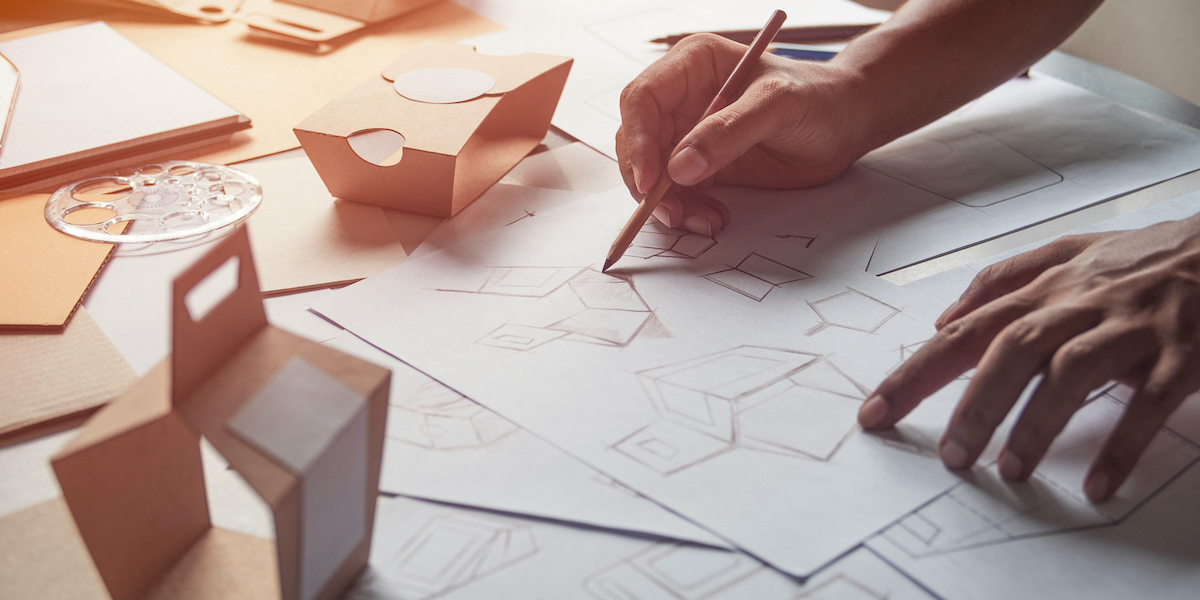 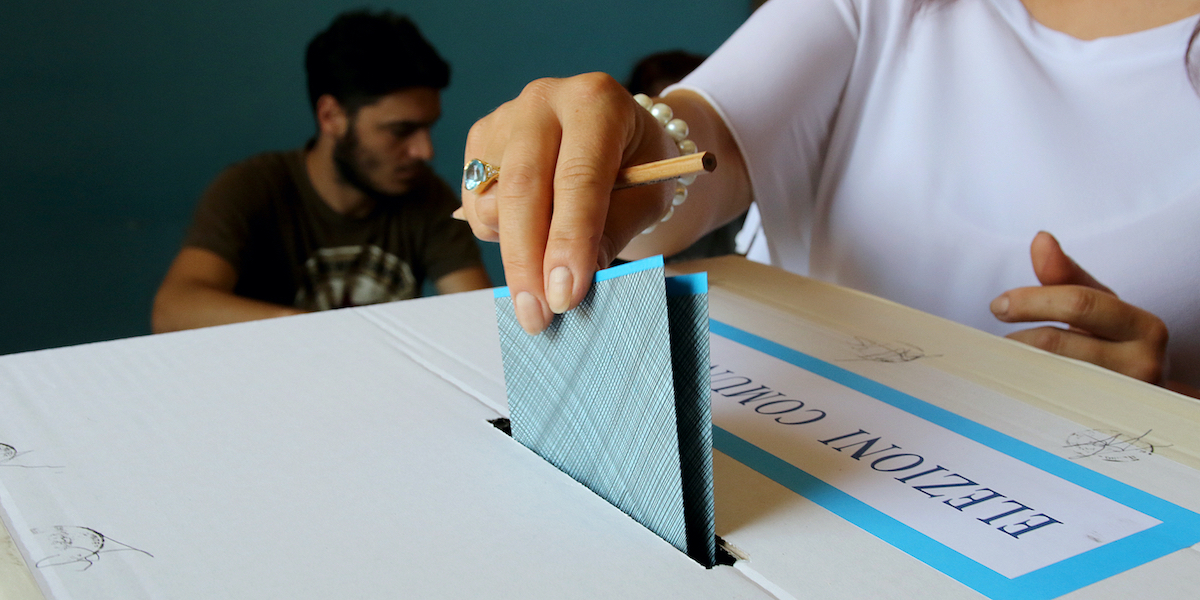 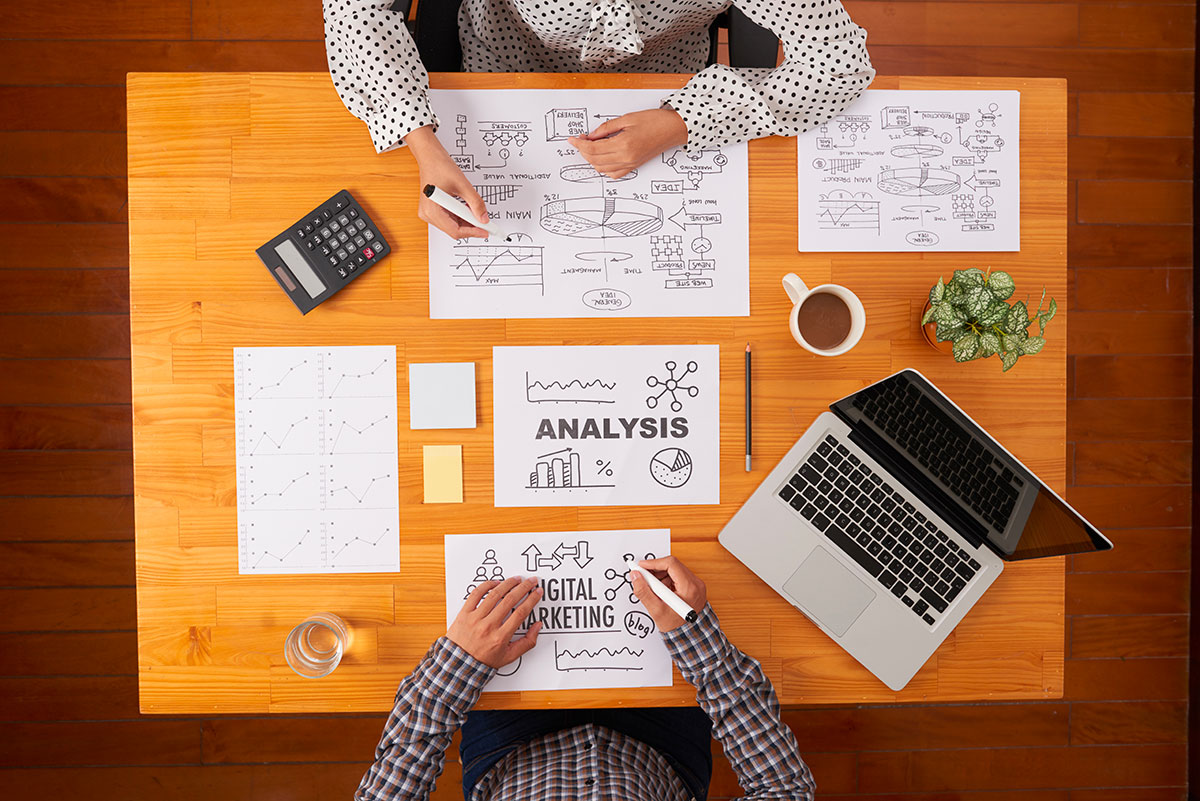 Marketing & Customer: restarting with a new approach to marketing

This website uses cookies to improve your experience while you navigate through the website. Out of these cookies, the cookies that are categorized as necessary are stored on your browser as they are essential for the working of basic functionalities of the website. We also use third-party cookies that help us analyze and understand how you use this website. These cookies will be stored in your browser only with your consent. You also have the option to opt-out of these cookies. But opting out of some of these cookies may have an effect on your browsing experience.
Necessary Always Enabled
Necessary cookies are absolutely essential for the website to function properly. This category only includes cookies that ensures basic functionalities and security features of the website. These cookies do not store any personal information.
Non-necessary
Any cookies that may not be particularly necessary for the website to function and is used specifically to collect user personal data via analytics, ads, other embedded contents are termed as non-necessary cookies. It is mandatory to procure user consent prior to running these cookies on your website.
SAVE & ACCEPT